Two titans in hip-hop are joining forces as it's been revealed Kanye West and Dr. Dre have plans to release a collaborative project titled Jesus Is King Part II.

Surprised? We don't blame you. While they have worked with many of the same artists over the years—like JAY-Z, Game, and Nas—the two have never released something together, though Kanye in particular has shown admiration for his legendary counterpart in the past. 'Ye famously admitted he "bit the drums off 'Xxplosive'" with a sped-up sample to create JAY's "This Can’t Be Life" on the outro to The College Dropout's "Last Call."

He also praised Dre in the Rolling Stone piece on 100 Greatest Artists. "I first met Dre in December of 2003. He asked me to produce a track for the Game. At first I was star-struck, but within 30 minutes I was begging him to mix my next album," Kanye recalled. "He's the definition of a true talent: Dre feels like God placed him here to make music, and no matter what forces are aligned against him, he always ends up on the mountaintop."

The announcement comes less than a month after 'Ye released his ninth solo album,Jesus Is King, which focused on God and Christianity. Based on the title, it sounds like he'll be continuing that message with this new project. Keep in mind, Kanye is also planning to release Jesus Is Born, a Sunday Service album, on Christmas.

Kanye is coming off an eventful weekend, which included an appearance at Joel Osteen's Lakewood Church for a talk and Sunday Service performance. He also revealed plans for an opera event. Nebuchadnezzar, directed by Vanessa Beecroft, will take place Nov. 24. 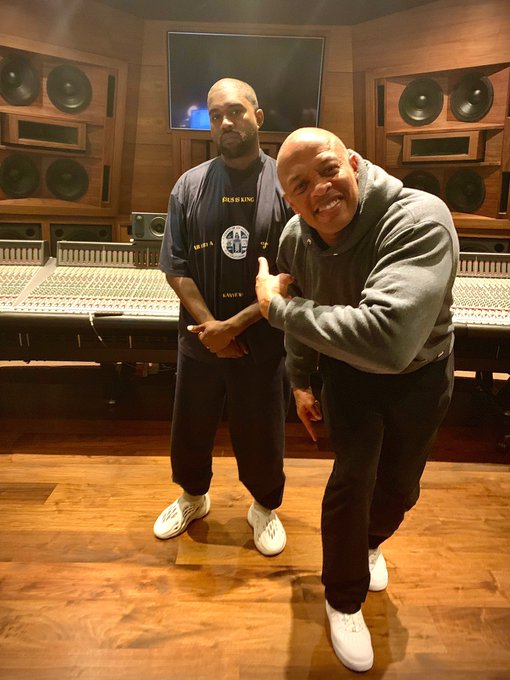